Christmas can be a great time of year. A time of eating and drinking, giving and receiving, spending time with family and friends and for some, taking a holiday. It’s also a time for spending money; the turkey, a lobster tail or two, the latest gadgets or must have toys to put under the Christmas tree. In fact, a survey by St George bank late in 2018 found the average household Christmas expenditure across food, festivities and gifts totals $1,325. It also found that many Australians intended to fund this via their credit card. 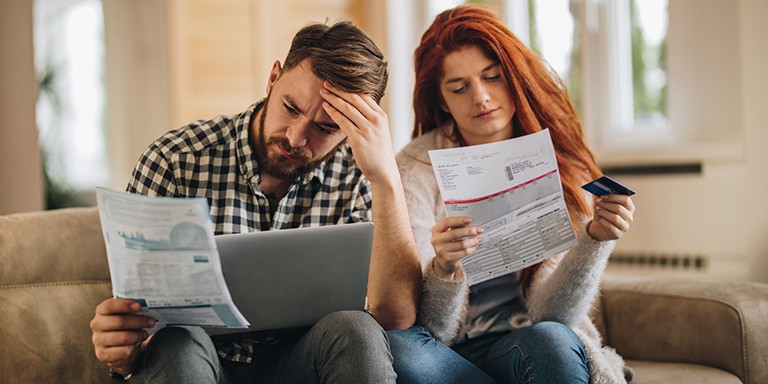 It seems that figure was underestimated! According to research from Finder1, the average Australian credit card holder faced $1,863 in post-Christmas debt. Based on an analysis of Reserve Bank of Australia (RBA) data, Australians borrowed nearly $30 million on credit cards in December 2018. That’s a major holiday debt hangover, especially when you consider the interest alone is expected to cost Australian cardholders a whopping $237 million. That figure is based on the expectation that 27% of cardholders will still be paying off their 2018 Christmas largesse in January 2020!

Figure one highlights the financial burden credit cards can create; ABC research showed that if a cardholder made only the minimum repayments on a $2,000 card debt, it would take 17 years to repay. Imagine how much further that would be extrapolated on a larger debt balance.

Figure one: a $2,000 credit card debt would take 17 years to repay if you make the minimum repayments 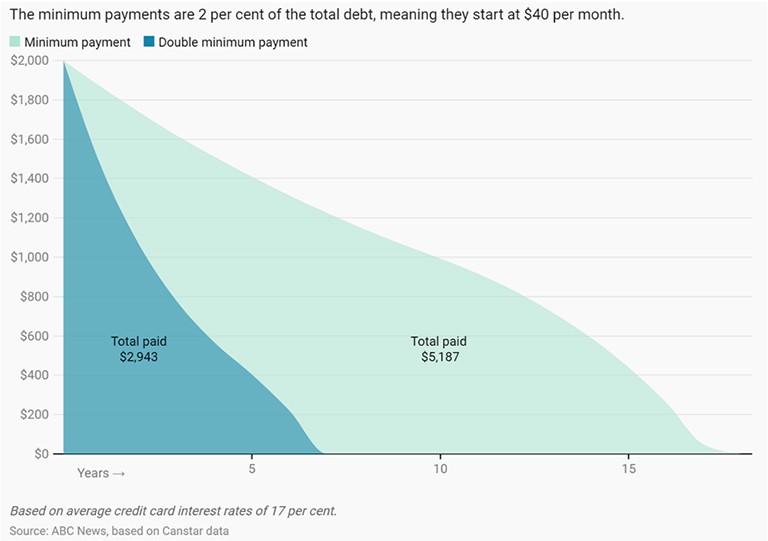 It’s not just credit cards. For some shoppers, the allure of ‘buy now pay later’ platforms, such as Afterpay and ZipPay, have been irresistible. According to a report2 released by the Australian Investments & Securities Commission (ASIC) in November last year, at 30 June 2018 there was more than $900 million in outstanding buy now pay later balances. More than two million Australians are actively using buy now, pay later arrangements; of these, more than 60 percent are aged 18-34.

The ramifications of credit card debt

Poor financial health, including financial stress, can impact physical and mental wellbeing. Figure two shows the effects of debt stress experienced by Americans during the global financial crisis, a time when people were losing jobs, homes and financial security. Those with high levels of debt stress experienced a number of symptoms, ranging from insomnia and migraine, through to ulcers and high blood pressure, some of which can have long-term health ramifications that may outlive the debt stress. 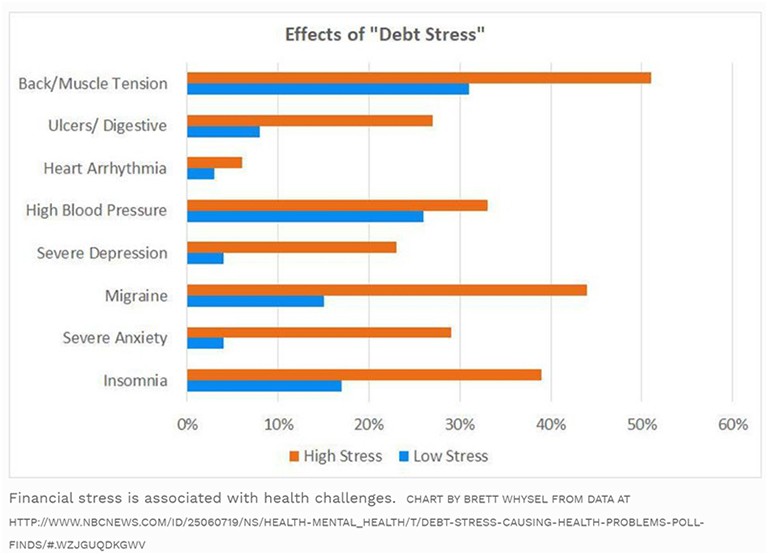 1.    Payment more than 14 days past the due date – this information can stay on a credit report for up to two years.

2.    Payment more than 60 days overdue, for more than $150, is considered a default – this information can remain on a credit report for up to five years.

3.    Payment more than 60 days overdue, for $150 or more, and the credit card issuer has sent a written notice but received no response – this infringement can remain on a credit report for up to seven years.

Late payments and credit defaults both have a negative effect on a credit rating; however, defaults are potentially worse because overdue debt is not removed from credit report, even once it’s paid. A poor credit rating can add to financial stress, as it makes it difficult for short, medium or long term borrowing. It can make it difficult to get a mobile phone contract, finance a car or take out a mortgage.

Although buy now pay later arrangements are typically shorter term, it seems many people are taking on more debt than they can repay. These services receive a substantial revenue stream from missed payments. For example, Afterpay charges a $10 late fee, and if the amount remains unpaid seven days later, a further $7. Afterpay’s financial reports shows the lender makes around 25 percent of revenue from late payment fees.

Credit card or buy now pay later debt can stack up and make it hard to keep on top of other bills – utilities, rent or mortgage payments, or car expenses. Failure to make other payments can also end up on credit reports; for example, utilities that go unpaid for 60 days or more can be listed.

Strategies to unravel the debt spiral – and keep clear of it

While Christmas seems to create a universal spike in credit card debt, many people have other times debt may spike, adding to the overall credit burden. Identify those times when overspending becomes a problem and implement strategies to deal with it.

Using Christmas as an example, there’s a bit over 10 months to plan for Christmas 2019. Strategies you can employ to keep debt at bay include:

ASIC’s MoneySmart website has a savings goals calculator, which can help you set and stick to your savings goals.

At the same time, you need to prioritise paying down the credit card debt; after all, you don’t want to be one of those still paying for 2018’s Christmas in December 2020. These simple steps can help you keep on top of your expenses and, hopefully, quickly pay off your debt.

This easy to use app enables you to set spending limits, separate needs and wants, view your expense history and identify areas where you can save.

There are so many credit options available and, on the surface, credit can seem a quick and easy way to deal with expenses. However, credit options can create a significant burden which, if not managed, can have a number of negative ramifications. Plan ahead and avoid the debt hangover next Christmas. You’ll be more relaxed and 2020 will start far more positively. 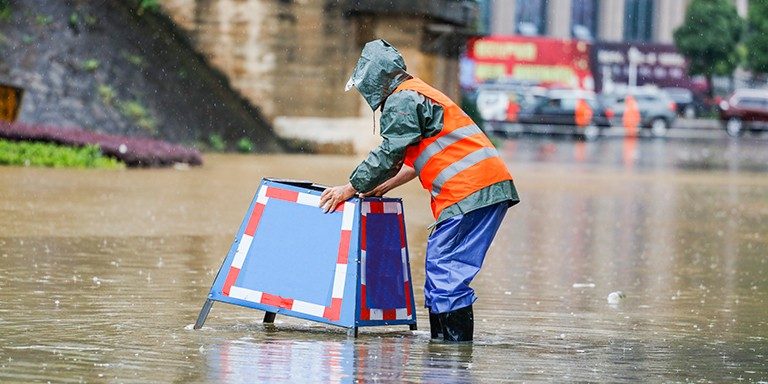 The Townsville floods have affected many people, bringing destruction and long-lasting disruption to thousands of residents. 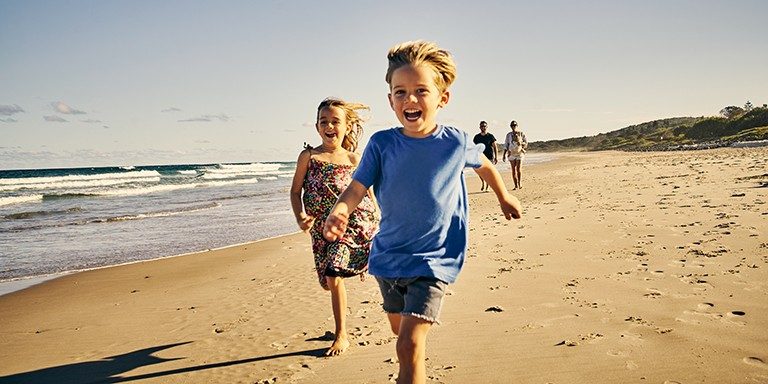 What do people claim for?

In several respects, life insurance (or indeed most insurances) is unusual. You can’t see it, and once you have it, you hope you never have to use it. Retrain your brain on the road to wellness

Sometimes described as the opposite of multi-tasking, mindfulness is anything but a juggle. Rather, it’s a focus on being present in the moment, focusing on the here and now and paying full attention to what is going on inside and outside you. Importantly, being mindful is about paying attention to the world around you, without judgement.