Good for investors, good for life.

Our strategic investment partner, and the fund manager for the Zurich Investment Global Growth Funds, American Century Investments (American Century), has a very different ownership structure, with more than 40% equity held for the Stowers Institute for Medical Research.  This means, every year, more than 40% of American Century’s company profits in the form of dividends provide sustainable funding for the Institute – allowing scientists to focus on their research and development.

Since 2000, this structure has provided over $1.5billion through American Century dividends to biomedical research and development into gene-based diseases – while consistently providing growth opportunities for investors.

This means that, through our strategic partnership with American Century, your clients can help fund important medical research breakthroughs for life-threatening diseases such as cancer, diabetes and dementia.

American Century Investments’ founder the late Jim Stowers and his wife Virginia established the Stowers Institute for Medical Research in 1994. The couple later transferred their equity ownership stake in American Century Investments into an endowment to support all facets of the Institute’s work. A non-profit biomedical research and development organisation, the Institute has 550 employees focused on more than 20 independent research programs all dedicated to basic research into the causes, treatment and prevention of gene-based diseases such as diabetes and dementia.

The Stowers’ generous act was inspired by their personal experiences with cancer and a desire to use their wealth to help humanity. They were keen to ensure the Institute staff were free from the onerous task of seeking funding and grants, leaving them to get on with the job of ground-breaking scientific research using the best technology available.

Set up to translate basic research findings into cures and treatments for the benefit of patients, BioMed Valley Discoveries, Inc. (BVD) is a clinical-stage biotechnology company within the Institute, whose profits are then directed back into the Institute. Also established by Jim and Virginia Stowers, and operating since 2007, BVD’s mission is to address unmet patient needs across a wide spectrum of diseases. It advances its mission with commercial capabilities and resources typically unavailable to academic institutions and leverages experts at leading academic and clinical institutions to move projects forward in the early stages of development.

Globally, Stowers Institute believes the potential impact of its research results, and subsequent cures and patient treatments, will give hope to more than 150 million patients in future generations. 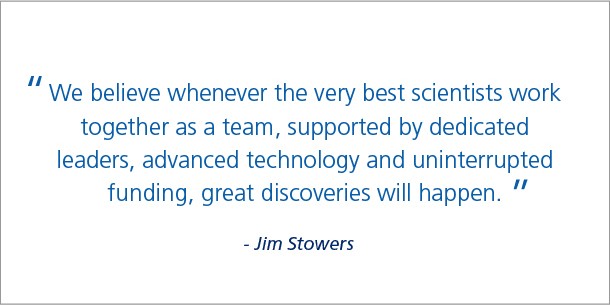 Cancer, Alzheimer’s disease, diabetes, cardiac disease and birth defects are all caused by abnormalities in basic cellular and molecular processes.

The Stowers Institute is home to more than 20 independent research programs dedicated to basic research on the genes and proteins that control fundamental processes in living cells.

As at 31 December 2018, more than $1.5billion has been directed into finding a cure for gene-based diseases – including cancer, dementia and diabetes.

You can find out more about some of the key research projects the Institute has relating to gene-based diseases: 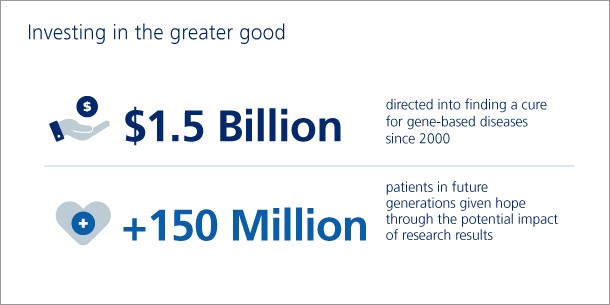 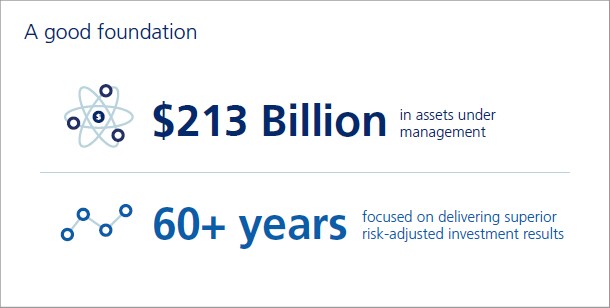 Good for the future

In addition to making an impact through Stowers research, American Century is a performance focused fund manager with $213 billion in assets under management* and who, for 60 years has focused on delivering superior risk-adjusted investment results to clients.

Give your clients access to a diverse range of international companies with recognised growth potential through Zurich Investments Global Growth Funds. Find out more about our Funds and how you can invest below: 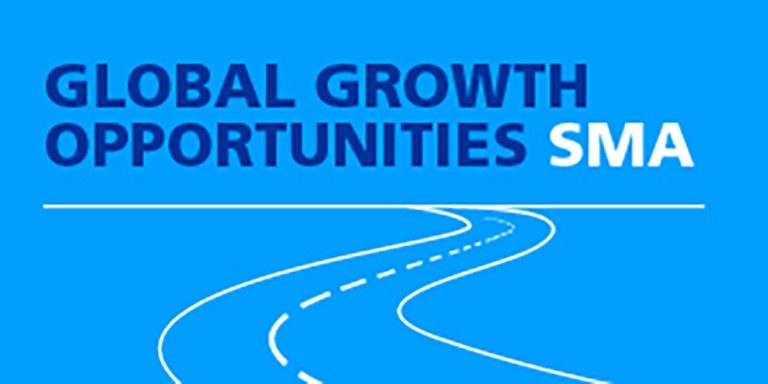