What can hold back our economic recovery post COVID? Reregulation & politics

Matthew Drennan, Head of Savings and Investments at Zurich Investments 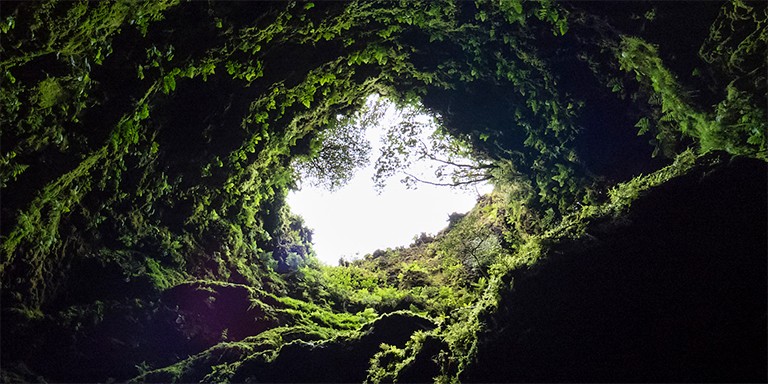 In an “upgrade” the IMF now believes Australia’s economy will only contract by 4.5 per cent in 2020, revised from -6.7 per cent a few months ago. While this is welcome news, it will be several years before we regain the level of economic activity we enjoyed pre COVID-19. This is partly due to the global economic outlook (the IMF has projected to a "deeper recession" than initially expected with a GDP contraction of 4.9% in 2020) but is also the result of our inflexible economy. So apart from the blinding obvious, what could hold our economic recovery back? Answer: Over regulation and politics.

Despite the spike of cases in Victoria, there is light at the end of the COVID-19 tunnel in Australia. The PM is pressing the National Cabinet to push ahead with reopening (at different speeds as suits individual state conditions) as was agreed back in May. What does this involve? Well, the following:

Loss of bipartisan goodwill from the National Cabinet

After a very successful and coordinated approach to the crisis, cracks are appearing at the National Cabinet level. State politicians in WA, SA and Queensland (who have an election later in the year) don’t want to let those poxy Victorians in. After experiencing the recent spike in cases Victoria wants to put the brakes on and reverse the lifting of the lock down process. Gladys is towing the PM’s line in NSW, but it’s not enough.

Remember in the early days of the crisis how unions, the non-unionised workforce and employers were all working together to improve flexibility and minimise the impact on jobs? Well recent redundancy announcements such as those from Qantas, the ABC and Deloitte, along with Flight Centre closing stores and the like are testing this resolve. We are almost certain to return to our entrenched industrial relations system with its inherent confrontation and inefficiencies.

“Modern” Awards and the BOOT

Isn’t it shocking that so many unscrupulous employers have been underpaying their staff in Australia? “Fly by night” operators such as Grill’d, Bunnings, Woolworths, Commonwealth Bank and even the ABC have fessed up to underpayments according to The Australian Newspaper. Of course there are genuinely unscrupulous employers out there that deliberately set out to rip off workers. But maybe, just maybe, in the majority of cases involving reputable companies such as those covered above it has more to do with the number and ludicrous complexity of awards and working conditions in this country.  There are currently over 120 listed awards on Fair Work Ombudsman’s site.

Let’s look at a typical example from that site in an industry hard hit by COVID 19. The hospitality industry award has a myriad of wage scales based on age, competency levels achieved, full time vs hourly rates, etc, etc ,etc. Apprentices are particularly straightforward. Take, for example, the case of a 3rd year apprentice who is at stage 2 of their training. They are entitled “on attainment of 25% of the total competencies specified in the training plan for the relevant AQF Certificate III qualification; or 9 months after commencing the apprenticeship, whichever is the earlier” to receive 65% of the standard rate. Sure.

Then of course if a business wants to vary the award for its employees, it must pass the BOOT (Better Off Overall Test). Basically, it requires that you can prove to the Fair Work Commission which terms of the proposed agreement are more beneficial to employees when compared to the relevant modern award, and which terms of the agreement are less beneficial. Then an overall assessment is made of whether an employee would be better off under the agreement. The Commission must be satisfied that each current award covered employee and each prospective award covered employee would be better off overall if the agreement was applied to the employee rather than the relevant modern award.

Get the picture? It’s a straightforward, efficient industrial relations system that keeps a herd of lawyers and HR specialists employed.

If it’s back to the future on industrial relations and politics, expect the unemployment rate to remain in the 8% plus range for quite a while as decimated industries like hospitality, travel and the like struggle to recover.  This has already been flagged by the PM along with the need to wind back support measures, so let’s see if it carries any weight as we emerge from lockdown and attempt to rebuild our economy from the rubble COVID-19 created.

Living off the credit card

I had the privilege of listening to John Howard recently courtesy of JP Morgan and he emphasised the difficulty in removing short term emergency measures such as JobKeeper once they are in place and embedded in a community’s psyche. As Macquarie Research point out, Federal Government support measures to households and business are expected to be worth around $25 billion in the 6 months to end September. Add in the windfall from early release of Superannuation funds (maximum $20k per person) and it represents about 16% of GDP. This is MASSIVE.


So, will JobKeeper be extended? My guess is not in its current form, but lobbying is already underway for this in the hardest hit industries. Obviously, that is not a long-term solution, but emerging infrastructure building programs at both a state and federal level should also help smooth the transition. Just don’t expect to pay off the debt incurred anywhere inside a decade, if then.

A new survey by Lowy Institute has found nine in 10 people believe the Australian Government should look for other markets to steer the country away from our reliance on its number one trading partner, China. We don’t want a repeat scenario where we find Australia is almost totally reliant on China to produce face masks and chemicals for testing kits. Overall, those saying they trust China has also collapsed to just 23 per cent of respondents – less than half of what it was two years ago.

The problem (also noted by Mr Howard) is that it is extremely difficult to move to making everything at home unless there are sound economic or security reasons for it. Diversifying supply chains cannot generally be mandated and there is no readily available substitute currently for many industries. It will necessitate significant domestic retooling resulting in higher prices as a consequence of labour cost differentials, as well as a concerted effort by government and industry to diversify supply chains in less critical industries. Diplomatic relationships will need to be fostered and trade deals expanded with other countries in Asia as well as India.

Important information: The content of this publication are the opinions of the writer and is intended as general information only which does not take into account the personal investment objectives, financial situation or needs of any person. It is dated July 2020, is given in good faith and is derived from sources believed to be accurate as at this date, which may be subject to change. It should not be considered to be a comprehensive statement on any matter and should not be relied on as such.  Past performance is not a reliable indicator of future performance and should be used as a general guide only. Neither Zurich Australia Limited ABN 92 000 010 195 AFSL 232510, nor Zurich Investment Management Limited ABN 56 063 278 400 AFSL 232511 of 5 Blue Street North Sydney NSW 2060, nor any of its related entities, employees or directors (Zurich) give any warranty of reliability or accuracy nor accept any responsibility arising in any way including by reason of negligence for errors and omissions. Zurich recommends investors seek advice from appropriately qualified financial advisers. Zurich and its related entities receive remuneration such as fees, charges and premiums for the financial products which they issue. Details of these payments can be found in the relevant fund Product Disclosure Statement. No part of this document may be reproduced without prior written permission from Zurich.Past performance is not a reliable indicator of future performance. GINN XYY9MQ.00000.SP.03. DFOY-015740-2020

For the latest updates from our Investment Specialists and our Fund Manager partners on the evolving COVID-19 situation, click here.

We understand that times are tough

I would like to thank you for being a valued partner of Zurich. We understand that you’re operating in a difficult environment – before and during COVID-19. Many of our advice partners have shared that heightened regulatory constraints, and now the impact of COVID-19 has increased your workload and required more activity to support your clients. As a leading insurer, we are putting our best efforts into finding innovative solutions to assist you and your practices now and into the future. 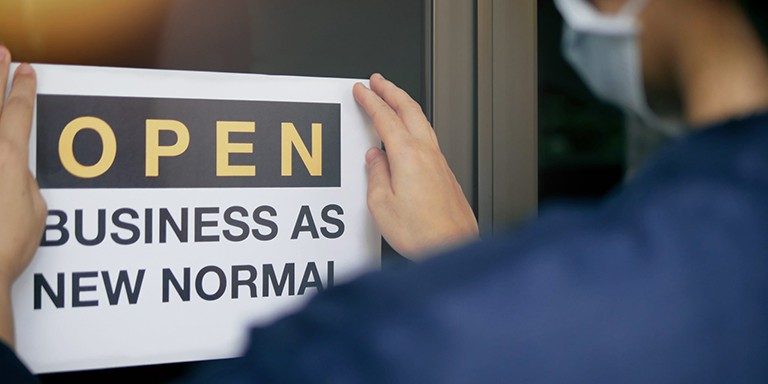 Adjusting back to normal

As you begin to readjust back to your ‘normal’ pre-COVID lifestyle, you may experience some concern and apprehension around what is happening. Tackle Your Feelings psychologist Luke Jankie has pulled together some tips and support services to help you transition.

Register today for our Reimagine Change Virtual Conference series! Join special guest speakers Damon Gameau and Future Crunch who explore what an electrified future looks like and the impact it will have on the decisions made by investors and consumers. 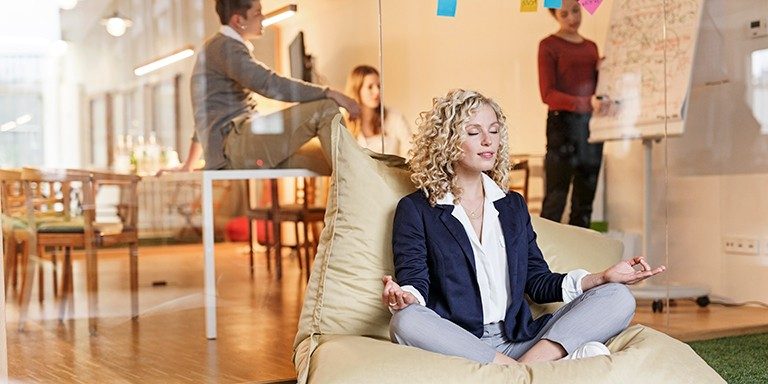 10 practical tips for being mindful throughout a busy working day

SuperFriend takes us on a journey to help us understand that mindfulness is about keeping our thoughts in the present - not thinking about what will happen next and not going over the past. It’s being aware of our current emotions and sensations, without reacting to them. 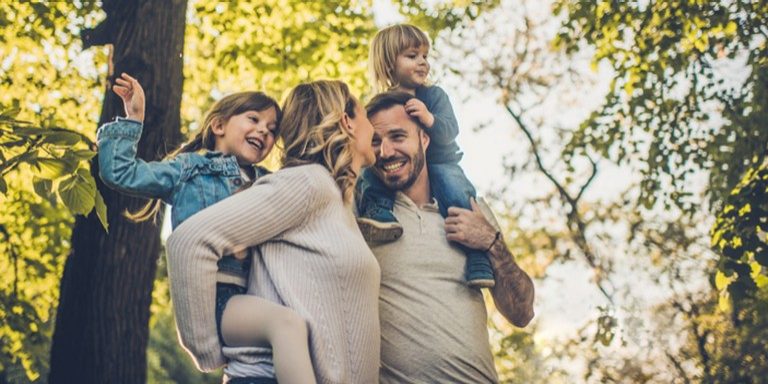 Supporting you through COVID-19 and beyond

We want to assure advisers that we’re here to help you get the most out of your cover, just like we’ve always been, through floods, bushfires and now pandemics. We’ve collected all of our resources in one handy location below to help you communicate with your clients and give you access to helpful tools and content so you can continue to provide financial security for your clients and their families when it's needed most.