Is China a Leading Indicator for the Exit Strategy?

Matthew Drennan, Head of Savings and Investments at Zurich Investments

The accountants amongst you will be familiar with the acronym FIFO (First In First Out). This is equally applicable to China when we are talking about COVID 19, where most lock down restrictions have been lifted after 11 weeks of immense economic pain. For Q1, GDP fell 6.8% - a fall in activity unmatched since the 1970’s.

This was a Big Bang exit strategy. Is this too soon? Maybe, but it is important to remember that the system of government in China allowed much more severe restrictions than are possible in most western economies. To give an example, the current debate in Australia about getting people to sign up to COVID tracking software did not occur in China. It was mandatory, as is temperature testing when entering retail spaces. This is far more difficult to implement in western economies where individualism is king. Witness the lock down demonstrations in several US states and the fines issued in Australia for ignoring social distancing protocols. It is far more likely that the exit strategy in most western economies including Australia will be staged rather than a Big Bang approach, and the China timeframe of 11 weeks from whoa to full steam ahead will likely be stretched.  This has a serious negative impact on short term economic activity for the remainder of 2020. GDP in Australia will probably be -4 or 5% for calendar 2020, and unemployment will touch 10/15% depending on how generous you are at counting JobKeeper recipients. 2021 will see sharp improvement, but not to the levels pre COVID.

The current notices for Australian states and territories to BEGIN lifting restrictions are shown below.

Australia’s relatively mild run in with COVID 19 compared with many other countries has prompted the Chief Medical Officer to begin talking publicly about exit strategies. This is dependent on more testing, better contact tracing (presumably via the optional sign up to the mobile phone app) and enhancing the medical response to local outbreaks. As suspected a gradual and staged approach was flagged, with some restrictions possibly being lifted in 3 weeks or so. These may include some community sport and allowing slightly larger gatherings, but not large gatherings (e.g. sports crowds, clubs, etc) and definitely not international travel.

Of course, for every rule there is the exception. Several US states including Georgia, South Carolina, Florida and Tennessee have already begun to lift lock down restrictions despite medical experts warning that these actions will inevitably lead to a second wave of COVID 19 infections. The difference with Australia is that their curve (above) is only just beginning to turn. It appears that these Governors have succumbed to the protests of assault rifle tote’n good ole boys. Being basically a massive retirement home, I would have thought that Florida with 3.5 million of its residents 65 years and older was a particular risk.

The icing on the cake is the recent move by the US state of Missouri to lodge a civil lawsuit against China for the damage done by COVID 19. Good luck with that one... a pyrric victory at best I suspect.

There will be a considered acceleration in onshoring supply chains with a likely rise in some prices over the next few years as a result.

From the lack of supply of medical gowns and face masks to the lack of chemicals to conduct COVID 19 testing, the pandemic has highlighted the need for countries to protect against the risk of being overly dependent on a single lowest cost producer in their supply chains for critical goods. Local companies have had to retool to enable the production of critical equipment during the crisis such as Resmed moving to make ventilators by altering their normal production process of CPAP sleep apnea machines.

The lessons are just as pertinent to less critical companies who have offshored everything from core components of the goods they produce to basing call centres in the Philippines. We are likely to see at least a partial onshoring of many activities in the supply chains of various industries over the coming years with a commensurate increase in costs / prices. In some ways this is not all bad. It may be helpful in providing a base from which the Government can begin to inflate its way out of the mountain of debt we have just incurred via JobKeeper and the like.

The first ABS survey, released on 21 April 2020, on the impact of COVID 19 on employment and wages by industry sector revealed few surprises. Accommodation, food services and recreation services were the hardest hit. The drop off in mining is a little surprising and probably reflects the impact on FIFO workers from the sharp curtailing of airline services. Our view remains that post the lock down / recession / JobKeeper, many of these sectors will be slow to recover and may take some years to reach previous employment levels.

Jobs and Wages by Industry

Changes in employee jobs by industry since 14 March 2020

Virgin Australia has of course recently announced it will enter voluntary administration after failing to convince the Federal Government to stump up a $1.4 billion “loan” to add to its existing debt pile of circa $5 billion. In my view this was clearly the correct decision. While tragic for the many workers who will become unemployed, how could the Government justify using taxpayer money to bail out a foreign owned airline. You may recall the hundreds of millions of dollars squandered attempting to prop up local car manufacturers over many decades. It would have been cheaper to give every employee a few hundred thousand dollars and ask them to find employment elsewhere. Ultimately, they had to anyway.

Virgin is far from finished, however. At last count there were 10 parties with an interest in taking at least some of the company forward now that they will not have to also take on the existing debt burden. I suspect a smaller more commercial organisation will emerge from the ashes competing principally on key east coast trunk routes. Will this, plus ACCC oversight, be sufficient to keep airfares under reasonable control? Time will tell. But just as Joseph Schumpeter applauded the virtues of continuous creative destruction in making capitalism ever more efficient, if airfares become too expensive new entrants will be attracted to the industry.

The first hurdle for the travel industry however is to negotiate the bull rush of pent up demand from everyone who has a travel credit, accommodation credit or similar, to use within the next 12 months. Sadly, operators won’t see much genuine cashflow for a while yet.

Important information: The content of this publication are the opinions of the writer and is intended as general information only which does not take into account the personal investment objectives, financial situation or needs of any person. It is dated April 2020, is given in good faith and is derived from sources believed to be accurate as at this date, which may be subject to change. It should not be considered to be a comprehensive statement on any matter and should not be relied on as such.  Past performance is not a reliable indicator of future performance and should be used as a general guide only. Neither Zurich Australia Limited ABN 92 000 010 195 AFSL 232510, nor Zurich Investment Management Limited ABN 56 063 278 400 AFSL 232511 of 5 Blue Street North Sydney NSW 2060, nor any of its related entities, employees or directors (Zurich) give any warranty of reliability or accuracy nor accept any responsibility arising in any way including by reason of negligence for errors and omissions. Zurich recommends investors seek advice from appropriately qualified financial advisers. Zurich and its related entities receive remuneration such as fees, charges and premiums for the financial products which they issue. Details of these payments can be found in the relevant fund Product Disclosure Statement. No part of this document may be reproduced without prior written permission from Zurich.

For the latest updates from our Investment Specialists and our Fund Manager partners on the evolving COVID-19 situation, click here. 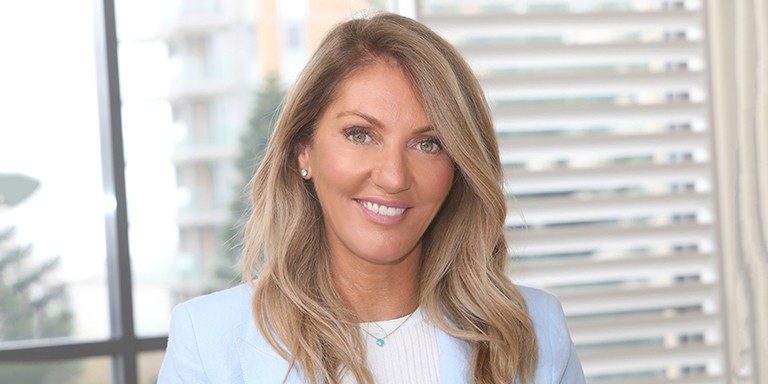 Finding focus and opportunity in this new world

A huge shout out and thank you to our advice partners, I think you are doing a remarkable job of delivering exceptional customer outcomes in the face of a myriad of changes. It is important that we all continue to connect with customers and during this period look for new and meaningful ways to enhance the customer experience. 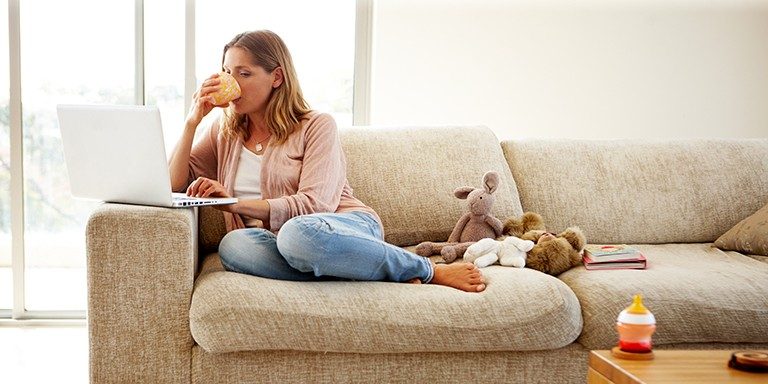 As an insurer, we understand that following the sudden shutdown of many parts of our economy and the resulting sharp increase in unemployment and decline in cash flow for many businesses, many Australians will look to reduce household and personal expenditure. We also know that customers value the importance of insurance and want to retain their cover more than ever.

The COVID-19 pandemic is unlike any other crisis before it, causing a global disruption and a shift in the way we lead our lives. With so much change happening so frequently, _ZONE is bringing you an important webinar hosted by Zurich's Risk Strategy Specialist, Adam Crabbe which unpacks what the recent Federal Government stimulus measures contain. 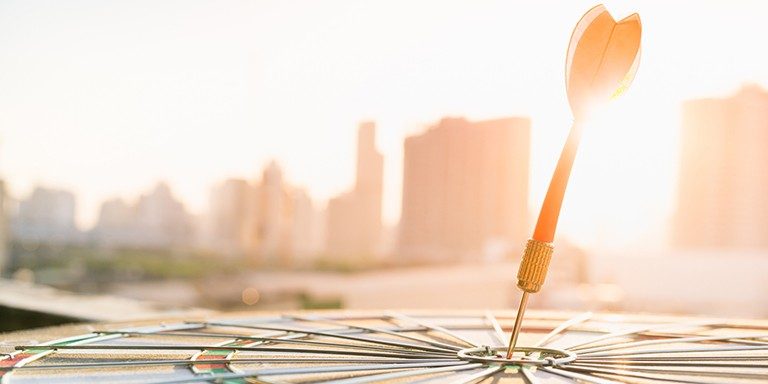 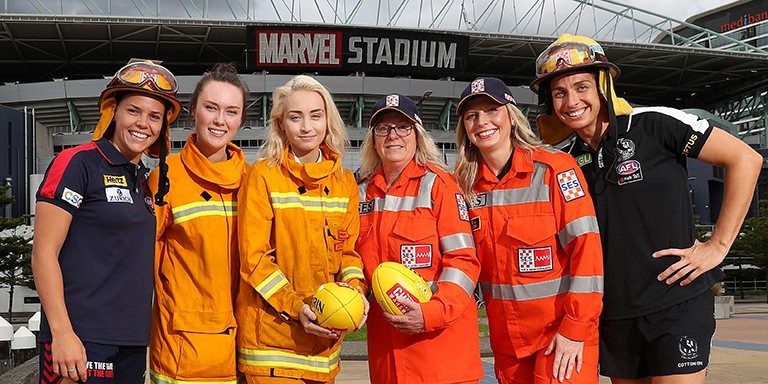 Working together for bushfire relief

As an insurer, we understand that following the sudden shutdown of many parts of our economy and the resulting sharp increase in unemployment and decline in cash flow for many businesses, many Australians will look to reduce household and personal expenditure. We also know that customers value the importance of insurance and want to retain their cover more than ever. 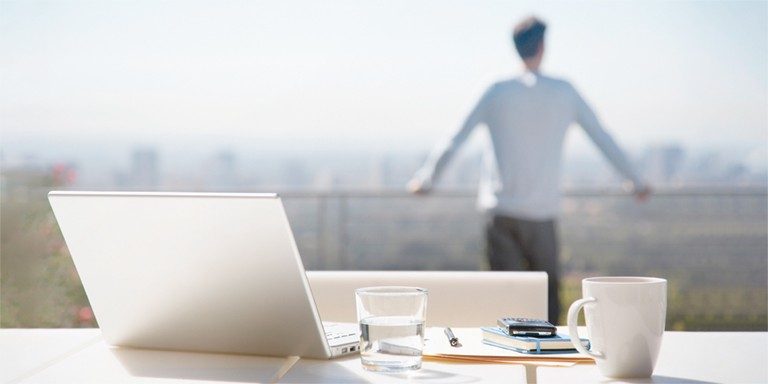 Many workplaces are experiencing increased call centre volume since the COVID-19 outbreak. Unfortunately, this has also led to increased instances of challenging customer and member interactions. SuperFriend has prepared a short 20 minute webinar on managing these challenging interactions.